Hello!  I have a question, mostly about timing and involvement with a client and ortho needs…..but there is a secondary issue, as well. She has a high arched and narrow palate from digit sucking…..I’ll address this in a minute……so, what I see is good tip to spot, but she wants to “hang” the rest of the tongue during swallow of liquid and soft foods….I have pictures of her “suction” attached, and you can see that her tongue is in contact with her teeth….anyway…..is it possible that I can only get her to a certain point until she has palatal expansion or something in order to achieve that desired suctioning?

1.  My main question:  She has been doing quite well with all exercises, but she does have a problem maintaining suctioning of the medial part of the tongue.

Why was she originally referred for therapy?  I understand about the former digit habit and will try to address the other problem in the next question, but are you working on the lingual posture? Lip posture?  Certain speech difficulties?  Eating issues?  Mouth breathing?  What you discovered during the examination might affect my comments.  I’m assuming that her lingual frenum is definitely within the normal range, right?    Okay, regarding the suctioning and medial part of the tongue:  From the photo, it appears that there is not much overflow, if any, suggesting that the palate is wide enough to accommodate the tongue’s “needs”.  The reason the mid portion of the tongue appears to be dipped is because she is not starting quite anterior enough with her placement.  I do believe she is capable of an acceptable suction, based on the two photos, but of course I can’t see everything.   The lateral borders of the tongue are supposed to support the tongue against the inside/lingual borders of the lateral dentition.  That is why we work on the bowl early on, to start developing the ability of the lateral ling borders to press adequately there, to allow the mobility of the rest of the tongue for speech production even as the sides offer stability.  The posterior suction release is critical and even if you have to start slowly or if you have to jump ahead to use the Diagonal Straw exercise to obtain it in reverse…that’s fine.  I have a feeling that there was something missed earlier, such as the posterior suction release or other area and I don’t move ahead to swallowing even if it means giving only one or two exercises at a time.  We don’t want to overwhelm a young kiddo with too many exercises at a time.  The main considerations are those on Prof Exam #1 and once they are truly passed or maximized, then it’s okay to ease into speech.  In her case, with the open bite, I wouldn’t address an /s/ or /z/ problem, by the way.  She should, however, be able to produce an acceptably strong CH SH DJ and ZH once the suctioning is mastered; and I would not expect /r/ or /l/ to be a problem to address either, once Prof #1 is completed.

2.  She ceased this behavior, as of Fall – I’m thinking it was late October.  I have seen her, however, now enjoy a lot of tongue gymnastics, twising and curling her tongue between her front teeth – a form of tongue chewing, I would say.  Also, she has admitted to chewing on her coat collar “maybe every other day, just during recess” she says…..mom has checked on her nightly at least 2-3 times, and does NOT see thumb/finger sucking at night – there is an infant sharing her room, so mom goes in several times a night……anyway….quite oral, all the way around, loves any oral exercise I give her….like button pulls, etc. So, it is obvious that I do need to address this……SANDRA – I understand the conponents of ridding thumb/digit – what about this tongue chewing thing?

Do you think that these behaviors were always present rather than having begun when digit sucking ceased?  Sometimes, tongue sucking, etc. goes unnoticed during the in-between times when thumb is not in mouth.  This question comes up quite often lately.  Since tongue sucking tends to be a dilemma for many, I’m attaching my comments to another SLP who contacted me about a tongue sucker recently.  There is no magic bullet and if you already used Unplugging The Thumb method for the digit, then it might be counter indicated because she has such familiarity with it.  If not, then my suggestions to the SLP on the attachment might be helpful for your client, also.  My best to you and your family….and I hope all is well.  I love being your Facebook buddy, by the way!

What about DVD training for therapy 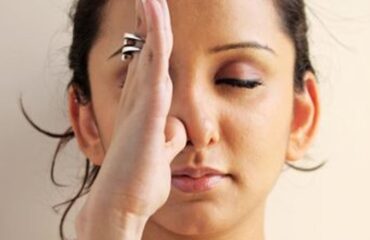 Should I take a Buteyko breathing class?

What should I do if the parent is non-compliant or doesn’t pay attention?