Dr Mason, My 8 year old patient with Down Syndrome exhibits an anterior, interdental resting tongue posture. We’ve been working on lip competence for lip seal at rest  and tongue tip elevation  for quite some time. S. exhibits mature upper cuspids , but mixed dentition on lower teeth, with mature cuspids erupting and baby teeth still in place.

By “mature” cuspids, I am assuming that you are referring to adult (permanent) canines. If so, this is very precocious for an 8 year old. At age 8, the adult upper and lower incisors should have erupted, and as well, the adult first molars. I doubt very much that this child’s upper arch contains all adult teeth, as you seem to be reporting. I would expect that the primary molars are still there, so this child is in mixed dentition in both arches. Also, you report that the lower permanent canines are erupting while the primary canines are still there. This would mean that the adult teeth are either lingual or facial to the primary canines, and if so, the primary canines will not be expected to spontaneously loosen. A dentist may have to extract the primary canines at some point. Additionally, she presents with a slight class III malocclusion, although her mother reported that her jaws are properly aligned this is probably not correct, as a Class III relationship is almost universal with Down syndrome due to the small maxilla. and it is only her teeth that appear in a class III underbite. It sounds like the mother has not received appropriate information about the characteristics of Down syndrome.  (FWIW She also exhibits enlarged tonsils and adenoids–there is always a risk of anesthesia associated with surgery for Down syndrome and other syndromes, so I understand the mom’s fear of seeing a surgeon about the tonsils and adenoids; however, large tonsils also compete with the space of the posterior tongue and encourage the tongue to rest and move forward. With this finding, I am wondering why you are even working with this 8 year old, since the airway needs would not seem compatible with any attempts to retroposition the tongue? As well, maintaining a clear airway, as explained in the attachment, is another challenge that is not compatible with trying to impose a nasal pattern of breathing on such patients by doing lip exercises, which require a patent nasal airway.  Mom rejected my rec to see an ENT and said her pediatrician ensured that S. indeed has enough airspace to breath orally) Sadly, pediatricians occasionally say things like this without sufficient documentation. I’m guessing that a lateral ceph has not been taken, which would show the relationship of tonsils and adenoids (especially the adenoids) to the airway and the patient’s ability to achieve and maintain a nasal pattern of breathing. I am wondering again what diagnostic criteria you used to approve this child’s candidacy for your therapy?

My question: Her dentist reportedly told her mother that these lower front baby teeth haven’t fallen out yet because her tongue is too weak to push against them. If so, this is news to me. This is wrong, with no evidence to support such a view. The primary teeth will not spontaneously loosen if there are no adult teeth underneath the primary teeth, as in this situation that you report. I was taken aback by such reasoning. IS this true?  No, and I wish dentists would not say silly things like this. Is that why lower teeth fall out? And, if the mature teeth are there, waiting behind her baby teeth, how could her tongue even reach them to loosen them? the tongue losening teeth is not how teeth become loose – it is, rather, by resorption of roots of the primary teeth as the adult teeth, underneath them, mature and grow their roots. She is able to eat, drink and swallow with ease, albeit with an anterior thrusting  swallow pattern.  If so, why are you even doing therapy, except for the cosmetic component, and if this is the reason, you should first establish that the child’s airway is sufficient to permit lip closure and nasal breathing. A simple test is to have the child hold his/her lips together for a minute or more to see whether nasal breathing is pissible,. With any 8 year old with poor nasal hygiene, I doubt that this is possible, and for this patient, I suspect that any gains you make are only temporary. Please advise. I respect your expert opinion. It would help you to find a cooperative orthodontist who could take a lateral ceph and then evaluate it with you with regard to the airway. Even though there is not a one-to-one relationship between the size of the adenoids and ability to breathe nasally, a lateral ceph would provide some basic morphological information about the size and shape of the jaws and whether this is truly a dental malocclusion or, more likely, a skeletal Class III malocclusion. I also think that you need to revisit why you are working with this child and what diagnostic information led you to the conclusion that your work would help. Having said that, however, is the fear that if you don’t try, you cannot find out whether your help could be successful, and the attachment also discusses this.  Hopefully, the information provided here and in the attachment will help you to evaluate where you are and where you are going with this child. Thanks for asking.  ~ 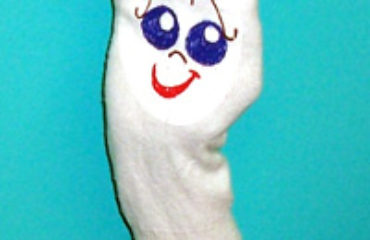 Soft Sockie to Unplug the Thumb!

Is it fair to start patients when I will be leaving in 3-6 months.