My student didn’t wear “sockie” because he didn’t think he needed it anymore.

Just wanted to ask for your feedback.  My student went 9 consecutive days, and the night before his 10th, he didn’t wear “sockie” because he didn’t think he needed it anymore.  Needless to say, he put his hand in his mouth during the night.  My question:  After the 10 days, will this continue to occur?  Should the child continue to wear sockie at night, not sure about the consciousness level? I would hate for him to reach the 10th night and then still do it at  night if sockie is not on.  Should he continue to wear sockie and for how long? Thanks

It is highly unusual for that to occur on the last night.  It usually indicates that they did not follow through from the beginning.  Did he phone you each day?  You must ascertain if he is “in it to do it” 100% and that he truly wants to quit.  If so, he should have been more than willing and happy to wear the Sockie for the prescribed 10 days in a row.  By removing it on day 9, he became ineligible for the celebratory outing, the certificate and any prize from you…..so why would he have done that unless he was not being compliant all along???? Doesn’t make sense.  The agreement is to do certain things for 10 days in a row, not 9 days…..he might have felt guilty and decided to tell you that on day 9 rather than accept what was not really his to have on day 10. Something is not right here.  Did he discover that his thumb was in his mouth during that last night?  If so, why wouldn’t he have taken his thumb out and put Sockie on?  Or did his parent discover the thumb in the mouth that night?  If so, did the parent check all the other nights?    If you believe that he wants to quit, then he has to begin at day 1 and complete the task as directed.  I would hesitate to do so because he chose not to follow the directions…..and that is not an indication of someone who REALLY wants to quit… Let me know what you and he decide to do.  I would have a one to one personal up front talk with him alone and get to the bottom of it. Please keep me in the loop as I feel bad that it didn’t work with him and really wonder why….did he really indicate a desire to quit at the beginning or was he doing it for parents or ashamed to say “No, I want to keep sucking”….???? Sandra My student didn’t wear “sockie” because he didn’t think he needed it anymore.

Tagged under: he wants to quit thumbsucking, thumb sucking 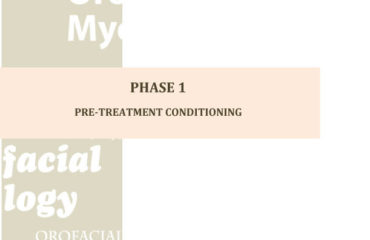 How do I estimate the number of sessions a client will need?