I am about to take on a new client—a 7 ½ year old boy who has intraoral hyposensitivity.  His mother says that he continually overstuffs his mouth and makes a huge mess when he eats.  Unlike many other children, this young fellow will eat anything put in front of him—including oysters!  He never takes a bite, though.  Instead, he must ball up his food and stuff it in his mouth.  Additionally, he has a history of drooling, although lately he has saliva pooling at the corners of his lips, rather than overt drooling.  He maintains an open mouth resting posture with his tongue inside his mouth, but resting against his lower lip.  He has an frontal open bite.  Developmentally in other areas, he is either on target or above average for his age. He has no other fine or gross motor issues, and his speech is intelligible.   I am thinking about looking into how he chews, attempting to normalize intraoral hyposensitivity, working on tongue retraction, and working on the tongue thrust and resting posture of the tongue.  Assuming that he has no upper respiratory condition and can breathe adequately through his nose, do you have any idea what might cause this condition?  Any other suggestions of what I might do to help him? Thanks very much.

Depending upon the severity of the open bite, that would be encouragement enough to skip the bite and bolus collection stage…and just ball up his food and stuff it through the opening!  Had you seen this boy before you sent me this email or was the info from a phone conversation you had with his parent?  I was not sure whether you had already evaluated him or not.  If his mom says he overstuffs, etc., it might have come from an OT since they would use the term intraoral hyposensitivity as well as some SLPs.  You’ll want to check out whether he is seeing someone else or has done so previously.    I’ve seen kids who have an orofacial myology disorder and as it is being address,  a more natural sensitivity can return via the sequence of exercises presented over time.  If there is truly nothing neurological, I would want to be sure what is going on or has gone on, “physically,” to cause such symptoms.  I’d look hard for enlarged adenoids, tonsils, allergies, history of some noxious oral habit, ankyloglossia or the like.  Otherwise it just doesn’t make sense that it just comes out of nowhere.  Although he’s on the lower end as far as age, once you’ve done a very thorough orofacial myo exam, I think you have a fighting chance of presenting much of the myo program to him, based on his history and condition as you describe it.  Also, his mother seems to be aware of his needs and should be helpful.  I don’t know that you have to worry right off the bat about doing anything extraordinary.  I’d start out as usual with the lingual exercises, lip exercises if needed, and then probe as you go along to see if there is something outside of the usual that has to be addressed in a way other than myo.  Let me know when you see him and what you find overall.  This is quite interesting and I hope you can help that young man!! 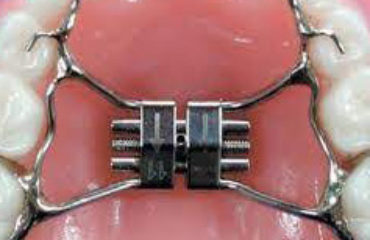 Expansion: to proceed with treatment or to wait

Do we recommend frenectomy to DDS or put it all in their hands?

Myo before expander or vice versa?