My son is nearly 8 years old.  We purchased Unplugging The Thumb earlier this year.  After watching the CD, my son decided to quit.  He wore the Sockie to bed, but it either fell off during the night or he removed it in his sleep.  After a few nights, he said Sockie was gone.  He must have thrown it away.  The dentist told him that he is going to put a rake into his mouth in two weeks if he doesn’t stop sucking his thumb.  He races home from school, opens the door and begins sucking his thumb.  It is a very embedded bad habit.   His palate is very messed up according to his dentist.  He also has an open bite.  What can I do?

It is important that he doesn’t feel like a failure.  When the Sockie came off at night, the best thing would have been to compliment him for his efforts and his courage for going to sleep while wearing it.  It has to be a positive accomplishment, but I’m afraid he looked at it as a failure…which would explain how poor Sockie suddenly came up MIA!!  Since the CD was effective, I suggest you look at it once again with him and ask him if he’d like to try again.  Tell him that sometimes we have to do something more than once to get it “just right” and he’s the kind of boy who will probably be a big success this second time.  Have him take a plain sock this time and decorate it simply, once again naming it.  Be sure he understands that he is acting very grown up by starting out the night the right way, by wearing Sockie.  If he discovers in the morning that it has come off, ask him if he’d like you to pick up some paper tape at the store to wrap lightly around the bottom edge.  Explain that the paper tape will not stop him from removing Sockie and sucking his thumb if he decides to do so…it is only a reminder for him.  Then quickly say that since he has made the decision to quit, he’ll probably want to keep it on his hand all night long.   We don’t want to scare him about the rake, but perhaps you could look online at some pictures of rakes and other strong undesirable deterrents.  You can tell him that he is big enough, smart enough, etc. so he probably won’t have to worry about that since he can stop his habit in a fun way.  The rake is not fun!  The UTT way is fun….Let him know that you have confidence that he’ll make the better choice.  Do keep me posted on the progress and thank you for sharing your question with others. 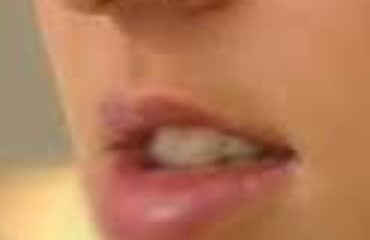 Do you check during the evaluation and during treatment if the client is biting during the swallow?