Would you use your digit sucking program with a client to eliminate a lip licking habit?

Hi Sandra!  How are you?  I have just one more day of work at my school position, and am looking forward to the summer with my children.  I have a question for you about one of my students, if I may.  I had a five year old boy given to me last week with an IEP saying he needs to work on f, v, and w.  I was suspect about these objectives as they all require lip movement.  He substitutes lingua alveolar sounds for these three (s/f, z/v, l/w).  I worked with him for 45 minutes and during the entire session, he chronically licked his lips (predominantly his lower lip).  His tongue was deeply scalloped when he was asked to protrude it and he had an abnormal rest posture (since all he was doing was licking his lips!  )  He was not able to pucker/move the upper lip at all and the lower lip barely moved.  He had a very long philtrum.  I know that the noxious habit has to be eliminated before beginning any type of work, but my question is this: would you use your digit sucking elimination program with a client like this to eliminate the noxious habit of lip licking?  I am so new at this and want to recommend what is the correct thing to the mom.  This mom will have to work at this on her own and see if he child is ready to do this over the summer.  He will have a new clinician in the fall.  The little boy was very uncomfortable when I asked him about his lick lipping and told me ‘I don’t want to talk about it.’.  Hmmm…. Thanks Sandra!

I’ll just put my thoughts down as they come to me: • Check under each of his lips to be sure he does not have a tight/short LABIAL frenum that is restricting his lip movements.  Does he have a diastema between his upper or lower centeral incisors?  That could be an indicator, but not necessarily. • Do I understand you that he would substitute, for example,   VEBRA for ZEBRA?  or are the errors inconsistent?  Does he has a history of chronic otitis media?  He errors are unusual, but I have seen them occasionally through the years.  Usually, they are the easiest type of problems to solve…that’s the good news. • If you were going to keep seeing the child, I could probably give you some good ideas, but if the mother is going to do the “therapy” over this summer, that makes it difficult.  I might or might now attack the lip licking habit before initiating therapy and here is why:  There might be a reason that he is licking his lips.  Is the lower lip everted?  Does he mouth breathe?  • Can he produce the correct sounds in isolation?  final position of words?  other?  Depending upon these answers, I would have the mother work on the /f/, /v/, and /w/ if I understood your email correctly.   I have more often seen/heard errors the opposite of what you wrote, namely   f/s, v/z/ and w/l and that would be a different thing altogether.  That is more indicative of an orofacial myology disorder whereas s/f, z/v/ and l/w are likely unrelated to myo issues and could be addressed by the mother this summer. Let me know if this helps. 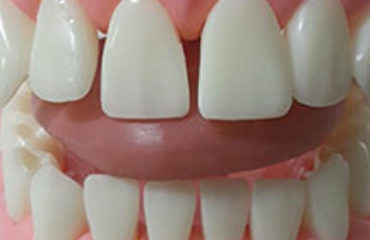