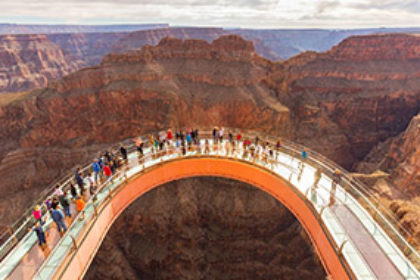 Hi Sandra,
I’m seeing a wonderful 9 year old child for thumbsucking, working on the Unplugging the Thumb program.
We have been meeting with success!  He is on day 9, and tomorrow he’s coming in to see me to celebrate and wrap up!

I believe he may benefit from an orofacial myology evaluation, etc., will suggest it….so not sure if tomorrow is actually our last day.

When I had asked him on visit #2 ……and also on the phone this week….. to consider a place to put Sockie after day 10, he said “I don’t think I can do this without Sockie.”  I assured him that when he got closer to day 10 he would in fact be ready.

The thing is…… I just found out today that this week he is going to the Grand Canyon with his grandparents!!!  Might we wean him gradually with progressively shorter or at least different socks while on his trip?  (he has used an imposter Sockie stand-in when staying at his Dad’s) Might we just delay Sockie’s exit?  I’m afraid that an exciting trip without his parents may not be the best time to wean him off of Sockie completely.

What do you recommend under these circumstances?

Wow, very interesting indeed!  Of course every situation is different and frankly I’m so proud of you for thinking of all the various possibilities. I would discuss it with him frankly, telling him that he’s a young man at age nine who has accomplished something very good. You know he is proud of himself and he might have some ideas how to proceed since he’s going to be going on a vacation and you know that he wants to be sure that he is a non-thumb sucker for life. Let him know that it was really HE who accomplished it and that Sockie was a reminder for him that he doesn’t really need anymore.  Tell him you know of course he doesn’t have to rely on Sockie but since he’s going on a vacation maybe he could think about one of the following possibilities:

1. Take a special soft huggy toy to use as a reminder.

2. Use a very plain sock as a reminder.

3. Wrap something of his choice around his thumb as a reminder.

Or some other suggestion he might have. Remember and remind him that this has worked thus far because he was in charge and he made the decision. It is not up to you suddenly at this point to take charge so continue the relationship you’ve had with him letting him make decisions but present it in such a way that he’s likely to get weaned off original Sockie per se and not take it with him if it all possible. Even if none of that works and he wants to prolong Sockie it’s not the worst thing in the world but it would be better to congratulate him for the 10 days of success and not be relying on that particular support anymore.

This is very interesting and honestly has not come up before. I’m thinking of putting it into one of our Q@As in the future, changing it slightly and of course not using any names.   This potential type of situation is something that really should be shared with others. Please let me know what he does decide and how it turns out. Thank you for sharing this with me and hopefully helping you.

Good news.  I realized I hadn’t gotten him a gift yet, so the day before our last session I picked up some really unusual whimsical sea creature magnets and a little red metal box for Sockie to rest in.  I also had a smaller, bland, unexciting box to present as an alternate choice.

First, we celebrated his success and I presented him with the magnets.  He LOVED them.  (He likes whimsical creatures, Harry Potter, etc.  I knew this about him).

Then we discussed Sockie.  We discussed that it was HE who made the choice and HE who stopped sucking and that Sockie was just a reminder (as you had advised me to say).  Therefore he would keep Sockie in a proper place in a location where he could continue to serve as a reminder.  He was worried, but then remembered that one night his mom’s friend put him to bed without Sockie and he slept without sucking.

Then I presented him with a choice of 2 boxes for Sockie to rest in.  He LOVED the metal box because the magnets stuck to it.

I expressed my confidence in him, but then told him that his case was a little different because he was now going to the Grand Canyon right after the program with grandparents, and that perhaps we should have a second reminder on his hand.  I asked him for his ideas.  He had none.  I shared some of my own ideas  (a sticker on his hand, a small sock, etc).  I asked if he liked any of my ideas or if he had any of his own to suggest.  He told me outright that he did not care for any of my ideas at all, and really didn’t need this extra safeguard anyway.

And so he left proudly, exclaiming that he always knew he’d stop at age 9 but never dreamt he would stop before seeing the Grand Canyon.

Ankyloglossia with some symptoms missing

Is there is a consensus that a tongue thrusting pattern is “normal”/typical up to a certain age?